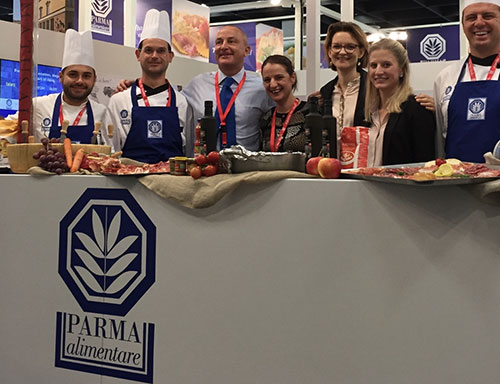 Don't miss the opportunity to see our latest news and to taste our high-quality products.

Emilia, is a special and unique land. When we talk about cured meats of Parma, in the world or in a fair like Anuga, everyone thinks about Ham, but for a few years now, we also start talking about Culatello, Culatta, Salame Felino, Strolghino, a succession of wonders of charcuterie, produced as if by magic within a few miles, of which the world consumer has great curiosity.

The consumer begins to know them by name, but still does not distinguish them well. How to approach it and how to inform it?

How can we get these cured meats to the European consumer? That is our challenge.

This is where the new department is born where all the cured meats of the company are sliced, and then packaged in trays of different sizes in modified atmosphere. From here the ideas to create BISCHETTE.

The Bischette are an innovative and patented package from La Fattoria di Parma that encloses inside two trays both visible of sliced cured meats, able of generating a comparison, an immediate game, allowing the European consumer, with an affordable expense, to taste and compare the cured meats of Parmesan, of which he has heard about but does not know the taste and the difference. Two separate trays, therefore, and not a mixed appetizer in the same tray, in which, inevitably, the flavors are confused.

Two challenges enclosed in two trays, both in one pack: Culatta vs Culatello; or Felino vs Strolghino, a game accessible to everyone.

Preview in Cologne during Anuga, the world's most important food fair, from October 5th to 9th.

But that's not all. Another idea, which provocatively unites the two great food worlds of Parma – cheese and cured meats – is "Gianparmino”, the last born care of La Fattoria di Parma, in the face of cured meats.

A combination that has generated a unique salami, to be tasted in the preview in Cologne. 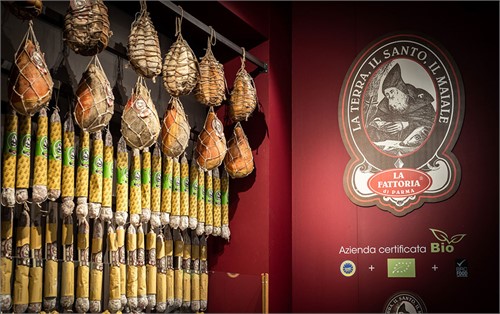 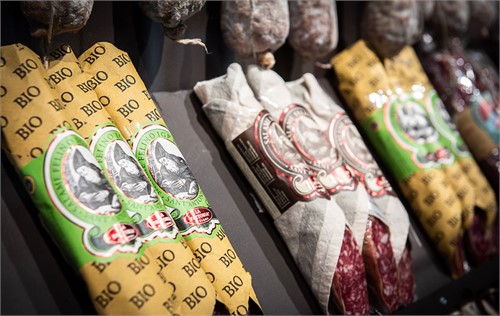 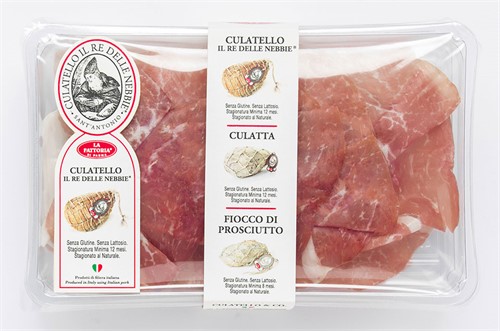 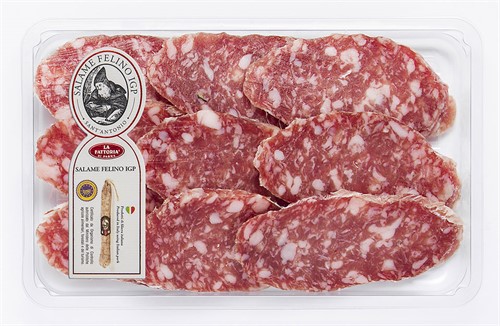